Posted at 15:08h in Carbon Neutral by Green Shield Group 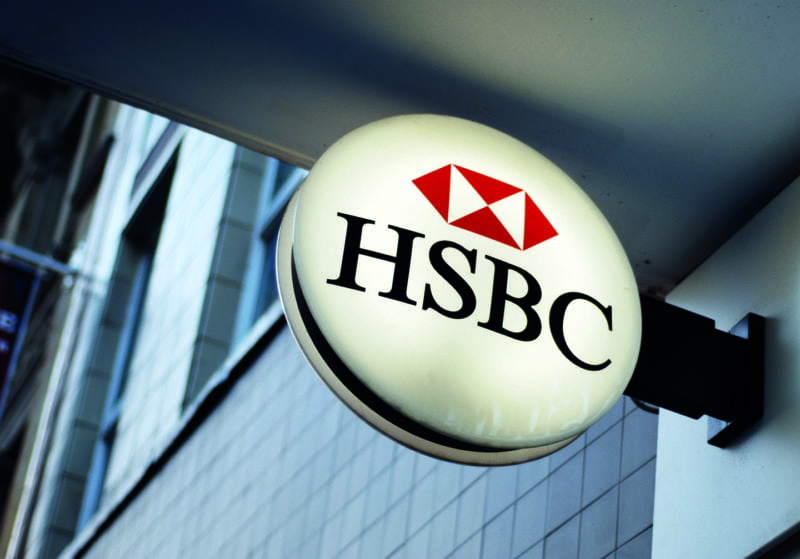 Coordinated by ShareAction, 15 institutional investors with a combined $2.4trn AUM have filed a climate change resolution at the UK-listed bank

Amundi, Man Group and Sarasin & Partners are among 15 institutional investors with combined assets under management of $2.4trn that have filed a climate change resolution at HSBC, alongside 117 individual shareholders.

The resolution, co-ordinated by responsible investment NGO ShareAction, calls on HSBC to publish a strategy and short, medium and long targets, to reduce its exposure to fossil fuel assets, starting with coal, on a timeline consistent with the Paris Climate Agreement. It will be required to do so if the resolution receives more than 75% of the votes at HSBC’s annual general meeting (AGM) in April 2021.

In October 2020 HSBC unveiled a number of green initiatives, including plans to target net zero carbon emissions by 2050, as well as earmarking $1trn for green financing to support clients making the sustainable transition.

The bank said it will target net-zero carbon across its entire customer base by 2050 at the latest, but hopes to achieves net zero emissions in its own operations by 2030.

In a statement at the time HSBC chief executive Noel Quinn said: “HSBC has long been committed to opening up opportunities for our customers and the communities we serve. As we enter a pivotal decade of change, we have a landmark opportunity to accelerate our efforts to build a healthier, more resilient, and more sustainable future.

“Our net zero ambition represents a material step up in our support for customers as we collectively work towards building a thriving low-carbon economy.”

But these commitments were criticised by campaigners at the time for lacking immediate exclusions of coal, oil and gas companies, and those most responsible for deforestation.

In fact, ShareAction said that in the four months leading up to its announcement, the bank pumped an additional $1.8bn into fossil fuel companies, including those constructing new infrastructure for coal and tar sands.

Becky Jarvis, coordinator of Fund Our Future UK, a network of campaign groups, said: “HSBC’s net-zero commitment is a bit like saying you’ll give up smoking by 2050, but continuing to buy a pack a week, or even smoking more. Any further financing of oil, gas, and coal expansion today is utterly at odds with a net-zero commitment by 2050. That’s just science, not finance.”

HSBC is Europe’s second largest financier of fossil fuels after Barclays, according to the Rainforest Action Network, which found it had provided $87bn to some of the world’s largest fossil fuel companies since the signing of the Paris Agreement. ShareAction filed a similar resolution with Barclays in January 2020, to which the bank responded by tabling its own and becoming the first mainstream bank to commit to net zero by 2050 at the latest.

For HSBC, detailing implementation plans are key, co-filers of the resolution say.

“Increasing financing for green activities only gets us halfway; the board must be clear on its intent to withdraw financing of harmful emissions. The sooner the board sets out its strategy for delivering this, the less disruptive the transition. And – above all – the greater the chances that HSBC helps to build, not destroy, our collective capital.”

Colin Baines, investor engagement manager at Friends Provident Foundation, another co-filer, said: “HSBC’s ambition for net-zero emissions by 2050 means little without a transition plan to get there, including a timetable to exit fossil fuel finance that is aligned with the climate science.

“The fact that HSBC is still financing coal and tar sands frankly makes a mockery of any claims to take the climate crisis seriously and invites accusations of greenwash.”

HSBC told ESG Clarity: “HSBC is strongly committed to addressing climate change, in line with our clear ambition to align our financed emissions of our entire business portfolio to net zero by 2050 or sooner. We are a leader in sustainable finance and expect to provide between $750bn and $1trn in finance by 2030 to support our customers in all sectors to progressively decarbonise. As we work to set out the detail of our roadmap to net zero, we continue to positively engage with our customers, shareholders and ShareAction.”

In March 2019, fund managers Schroders, Edentree and Hermes EOS were among those who sent a letter to HSBC asking it to stop financing coal power plants anywhere in the world.

“We expect that financing new coal-fired power will prove to be highly risky, given the increasing competitiveness of renewables, and is incompatible with the goals of the Paris Agreement,” explained Roland Bosch, associate director at Hermes EOS.

“We want to see the bank evolve its policy to rule out all investment in coal and instead to focus on financing low-carbon energy across emerging markets.”

Responding to the letter at the time, Daniel Klier, global head of sustainable finance at HSBC, said: “HSBC has stopped financing new coal-fired power in all countries around the world apart from Bangladesh, Indonesia and Vietnam.

“A targeted and time-limited exception applies to these three countries until 2023 in order to appropriately balance local humanitarian needs with the need to transition to a low-carbon economy, but only if independent analysis confirms that there is no reasonable alternative to coal and any new plant complies with the highest efficiency standards.”

Jens Munch Holst, CEO of AkademikerPension, another co-filer of the new resolution, has said: “HSBC’s strong presence in Asia will be critical in encouraging a much-needed transition away from coal dependency in that region, while at the same time increasing HSBC’s own resilience to climate risk. We urge HSBC to listen to its shareholders by introducing robust fossil fuel project and corporate finance restriction criteria, and publishing a 1.5°C-aligned engagement policy for its clients in high-carbon sectors.”

As well as reducing exposure to fossil fuels, the resolution asks HSBC to consider the investor-supported ‘Just Transition’, and to not rely heavily on negative emissions technologies.

Jeanne Martin, senior campaign manager at ShareAction, said: “The message from the resolution is clear: net zero ambitions by top fossil fuel financiers are simply not credible if they fail to be backed up by fossil fuel phase out plans.

“Five years after the Paris agreement was signed, HSBC continues to pour billions into the coal sector, a behaviour that is at odds with limiting global warming to 1.5°C. If HSBC is serious about its net zero ambition, it will support this resolution.”